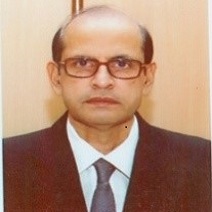 Shri Shyam Shankar Upadhyay has been a District & Sessions Judge in Uttar Pradesh. He has served as Judge in District Judiciary in different capacities in several districts of Uttar Pradesh and has also served as Additional Director of Training at the ‘Institute of Judicial Training & Research, Uttar Pradesh, Lucknow’. He has trained Judges, Magistrates, police & jail authorities, public prosecutors and others in legal and judicial matters. His services for providing training in legal matters to the administrative officers of various levels are also solicited at the ‘Uttar Pradesh Academy of Administration & Management, Lucknow’. He has delivered more than 7000 lectures on several important law subjects at the Judicial Training Academies of various States, at the Lok Nayak Jay Prakash Narain Institute of Forensic Sciences & Research, Rohini, New Delhi, Dr. Ram Manohar Lohia National Law University, Lucknow and also at several other universities of India. He has prepared huge valuable reading materials for Judges, Magistrates, public prosecutors, jail authorities, police officers on various law subjects and the same have been published in many journals, brochures, magazines, and books etc. He has authored five books titled   (1) “The Governors’ Guide: Powers & Functions of Governors under the Constitution of India”, (2) “University Law in India”, (3) "Law of Disciplinary Proceedings in India”, (4) "Life & Legacy" and (5) "Dictionary of Urdu, Arabic & Persian Words as Used in Courts". The said books have been published by the world fame law publishers ‘Lexis Nexis’ and 'Thomson Reuters' and have been appreciated by the Hon’ble President of India, Judges of the Supreme Court of India and the High Courts and the other constitutional dignitaries. The said books are available on Amazon and Flipkart for online purchase. Many Articles written by him on different subjects of social, literary, religious and spiritual importance have also been published in several magazines of different organizations in different States of our country. He has delivered lectures on various law subjects to the teachers of various Universities of India under the UGC sponsored refreshers programs. From 2011-2018, Shri Upadhyay served at Raj Bhavan, Lucknow as Legal Advisor to three Hon'ble Governors of Uttar Pradesh. Several Articles written by him on various law subjects are posted here for use of judges, lawyers, law teachers, law students, law researchers and all those who need guidance on any law subject. These Articles are periodically updated by assimilating therein the latest judicial pronouncements (rulings) of the Courts particularly those of the Supreme Court of India.

CUSTODY OF MINORS IN CRIMINAL MATTERS

MAINTENANCE TO WIVES & OTHERS

HOW TO WRITE JUDGMENTS & ORDERS

ROLE OF ADVOCATES IN ADMINISTRATION OF JUSTICE